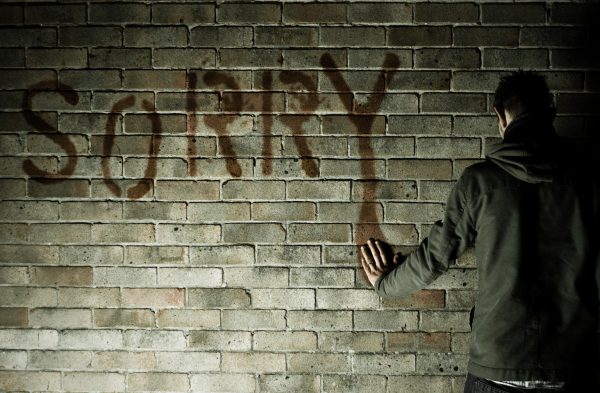 REPENTANCE- Change of mind; also can refer to regret or remorse accompanying a realization that wrong has been done or to any shift or reversal of thought. In its biblical sense repentance refers to a deeply seated and through turning from self to God. It occurs when a radical turning of God takes places, an experience in which God is recognized as the most importance fact of one’s existence.

OLD TESTAMENT The concept of a wholehearted turning to God is widespread in the preaching of the OT prophets. Terms such as “return,” turn,” or “seek” are used to express the idea of repentance.

In Amos 4-5 the Lord sends judgment in order for the nation to return to Him. Corporate repentance of the nation is the theme in Hosea (Hos 6:1; 14:2) and the result of Jonah’s preaching to Nineveh (Jon 3:10). Classic calls to repentance are found in Ezek. 18 and 33 as well as Isa 55. The shift toward an emphasis on individual repentance can be seen in Ezek 18.

NEW TESTAMENT Repentance was the keynotes of the preaching of John the Baptist, referring to a complete turn from self to God. A note of urgency is attached to the message, “The kingdom of heaven has come neare!” (Matt 3:2 HCSB). Those who were prepared to make such a radical reorientation of their lives demonstrated that by being baptized (Mark 1:4). This complete redirection of their lives was to be demonstrated by profound changes in lifestyle and realtionships (Luke 3:8-14).

The emphasis upon a total life change continues in the ministry of Jesus. The message of repentance was at the heart of His preaching (Mark 1:15). When describing the focus of His mission, Jesus said, “I have not come to call the righteous, but sinners to repentance” (Luke 5:32 HCSB).

The call to repentance is a call to absolute surrender to the purposes of God and to live in this awareness. This radical turning to God is required of all people: “Unless you repent, you will all perish” (Luke 13:3). Those who had witnessed the ministry of Jesus, the reality of God, and His claims on their lives faced serious jeopardy if they failed to repent. Jesus warned of serous consequences for those where His ministry had been rejected: “He proceeded to denounce the towns where most of His miracles were done, because they did not repent” (Matt 11:20 HCSB). On the other hand, for the one sinner who repents, there is great “joy in heaven” (Luke 15:7). In His final words to the disciples, Jesus commanded that the same message of repentance He had preached would be preached to all nations (Luke 24:47).

The term remained in use as the early church began to take shape. The preaching in the book of Acts contains the call to repentance (Acts 2:38; 3:19; 8:22). On the one hand, Paul’s discourse at Athens reveals God as the one who “commands all people everywhere to repent” (17:30 HCSB). On the other hand, repentance is shown to be the result of the initiative of God: “God has granted repentance resulting in life to even the Gentiles” (Acts 11:18; 2 Tim 2:24-26). The abundance of NT references makes clear that repentance is an essential element in the salvation experience. In response to the call of God in one’s life, there must be repentance, that is, the willful determination to turn from a life of sin and self-rule to a life ruled by God and lived in His righteousness. Repentance can be said to have occurred when someone has been convicted of the reality of their personal sinfulness, rejects and renounces that life of sin, and turns to God through faith in Jesus Christ. Repentance is so central that when Paul summarized his ministry he could say, “I testified to both Jews and Greeks about repentance toward God and faith in our Lord Jesus” (Acts 20:21 HCSB). The experience of repentance precedes salvation (2 Pet 3:9).

While the majority of calls to repentance are directed to unbelievers, repentance sometimes refers to believers. Paul wrote of a letter sent to the Corinthians that caused them grief but ultimately led them to repentance (2 Cor 7:8-13). Several times in the letters to the churches in Revelation, repentance is called for (Rev 2:5, 16, 21-22; 3:3, 19), in order that these believers and churches might bring their lives into greater conformity to the will of God. Individual engage in self-examination, allowing the Spirit of God to point out areas where change in needed. Repentance is more than just remorse.