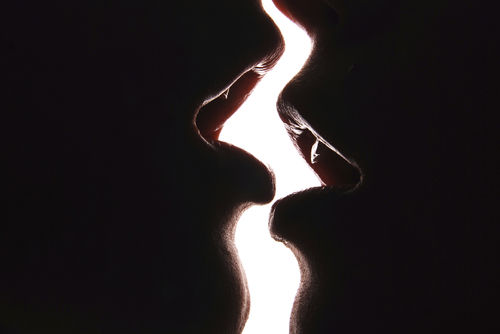 Various acts of sexual immorality especially being a harlot or whore.

Old Testament – Normally women are the subject of the Hebrew verb zanah, but in Num 25:1 “people began to play a harlot” (NASB). The clearest example is that of Tamar sitting on the roadway to entice Judah (Gen 38:24; Lev 21:9; Deut 22:21). Fornication meant being unfaithful to a marriage commitment (Judg 19:2).

Israel’s neighbors practiced a fertility religion in which prostitution was part of the worship. This led naturally to describing worship of other gods as prostitution (Exod 34:15-16; Judg 8:27, 33; Hos 4:13). This concept is central for Hosea’s preaching based on his experience with his unfaithful wife Gomer. Ezekiel also used this concept (Ezek 16:23) and extended it to include political treaties with foreign enemies (Ezek 16:26, 28; 23:5).

New Testament – The NT also condemns prostitution. Here again prostitution played a central role in worship in places like Corinth and Athens. Greek philosophers could even distinguish the roles of prostitutes for pleasure, slave mistresses to give daily care to the master’s body, and wives to produce legitimate children. Some Stoic philosophers reacted against such practices and condemned sex outside marriage. Many women used the situation to take slave lovers for themselves or become lesbians.

Jesus went against Jewish tradition and forgave prostitutes and opened the way for them to enter God’s kingdom through faith (Matt 21:31-32; Heb 11:31; James 2:25), though He still  regarded fornication as evil (Mark 7:21).

Paul extended the use of the Greek term for fornication to cover all sinful sexual activity. He dealt with the problem particularly in writing the Corinthians who faced a society permeated with sexual religion and the sexual sins of a seaport. A believer must decide to be part of Christ’s body or a prostitute’s body (1 Cor 6:12-20). The believer must flee sexual immorality and cleave to Christ, honoring Him with the physical body. Fornication is thus a result of sinful human nature (Gal 5:19) and unsuitable for God’s holy people (Eph 5:3; 1 Thess 4:3).

The book of Revelation also says much about fornication, condemning those guilty to eternal punishment (Rev 2:21-22). Revelation, as well as the prophets, extends the meaning of fornication to include political and religious unfaithfulness (Rev 14:8; 17:2,4; 18:3; 19:2).