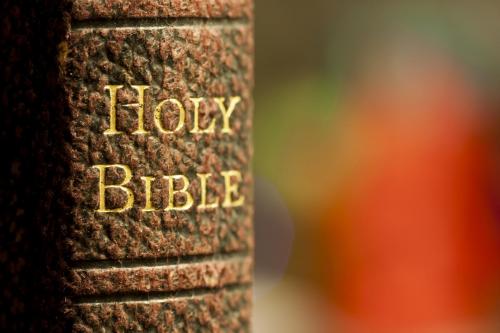 19. Because that which may be known of God is manifest in them; for God hath shewed it unto them.

20. For the invisible things of him from the creation of the world are clearly seen, being understood by the things that are made, even his eternal power and Godhead; so that they are without excuse:

21. Because that, when they knew God, they glorified him not as God, neither were thankful; but became vain in their imaginations, and their foolish heart was darkened.

22. Professing, themselves to be wise, they became fools,

23. And changed the glory of the uncorruptible God into an image made like to corruptible man, and to birds, and fourfooted beasts, and creeping things.

24. Wherefore God also gave them up to uncleanness through the lusts of their own hearts, to dishonour their own bodies between themselves:

25. Who changed the truth of God into a lie, and worshipped and served the creature more than the Creator, who is blessed for ever. Amen.

26. For this cause God gave them up unto vile affections: for even their women did change the natural use into that which is against nature:

27. And likewise also the men, leaving the natural use of the woman, burned in their lust one toward another; men with men working that which is unseemly, and receiving in themselves that recompence of their error which was meet.

28. And even as they did not like to retain God in their knowledge, God gave them over to a reprobate mind, to do those things which are not convenient;

NOTE: These verse are from the Kings James Holy Bible

18. But God shows his anger from heaven against all sinful, wicked people who push the truth away from themselves.

19. For the truth about God is known to them instinctively. God has put this knowledge in their hearts.

20. From the time the world was created, people have seen the earth and sky and all that  God made. They can clearly see his invisible qualities-his eternal power and divine nature. So they have no excuse whatsoever for not knowing God.

21. Yes, they knew God, but they wouldn’t worship him as God or even give him thanks. And they began to think up foolish ideas of what God was like. The result was that their minds became dark and confused.

22. Claiming to be wise, they became utter fools instead.

23. And instead of worshiping the glorious, ever-living God, they worshiped idols made to look like mere people, or birds and animals and snakes.

24. So God let them go ahead and do whatever shameful things their hearts desired. As a result, they did vile and degrading things with each other’s bodies.

25. Instead of believing what they knew was the truth about God, they deliberately chose to believe lies. So they worshiped the things God made but not the Creator himself, who is to be praised forever. Amen.

26. That is why God abandoned them to their shameful desires. Even the women turned against the natural way to have sex and instead indulged in sex with each other.

27. And the men, instead of having normal sexual relationships with women, burned with lust for each other. Men did shameful things with other men and, as a result, suffered within themselves the penalty they so richly deserved.

28. When they refused to acknowledge God, he abandoned them to their evil minds and let them do things that should never be done.

NOTE: These verse are from the Kids Application Bible