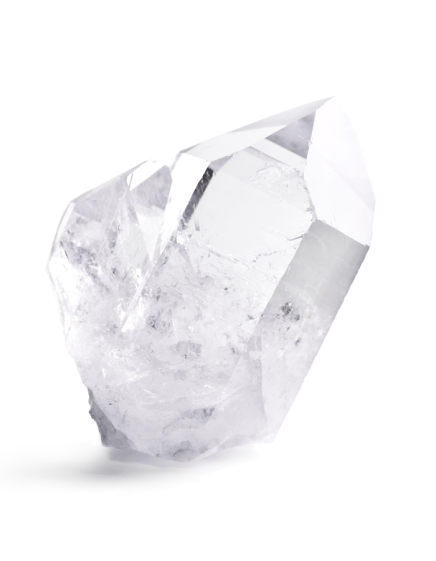 The concept of transparency, which is technically not a color, is relatively rare in the Bible. The idea is mostly connected with the marvels of crystal, a hard substance that can be seen through. It provided a measure of clarity, but was considered a gem. Glass was still practically unknown.

John’s efforts in Revelation to describe what he sees in his vision of eternity make the most use of the brilliant transparency of certain items. When the scene opens in his vision of the great throne in heaven, John writes, “In front of the throne, there was something like a sea of glass as clear as crystal. In the center near the throne and around the throne were four living creatures covered with eyes in front and in back” (Rev 4:6). And John’s first glimpses of the New Jerusalem highlight his awareness of clarity and transparency:

One of the seven angles who had the seven bowls full of the last seven plagues came to me and said, “Come! I will show you the bride, the wife of the lamb.” He carried me by his power away to a large, high mountain, He showed me the holly city, Jerusalem, coming down from God out of heaven. It had the glory of God. Its light was like a valuable gem, like gray quartz, as clear as crystal. (Rev 21:9-11)

The amazing eternal dwelling place of God’s rescued people has a wonderful river of life running through it. “The angel showed me a river filled with the water of life, as clear as crystal. It was flowing from the throne of God and the lamb” (Rev 22:1). In the descriptive language of Scripture, God’s chosen writes were telling us that everything about heaven will be high definition. We will know and see as we have not seen before. Suddenly, everything will be as clear as it can be-crystal clear.

By contrast, the way we see things now is veiled and dim. “Now we see a blurred image in a blurred image in a mirror. Then we will see very clearly. Now my knowledge is incomplete. Then I will have complete knowledge as God has complete knowledge of me” (1 Cor 13:12). Spiritual truths can be known to us now through the power of the Holy Spirit, but only in part. When we reach heaven, the veil will be removed so we can see God face-to-face. Thus the images of crystal and transparence in heaven highlight the truth that the life we live here on earth is but a shadow of what is to come. It is a symbol that points to the greater spiritual truth that heaven is more real than earthly life.