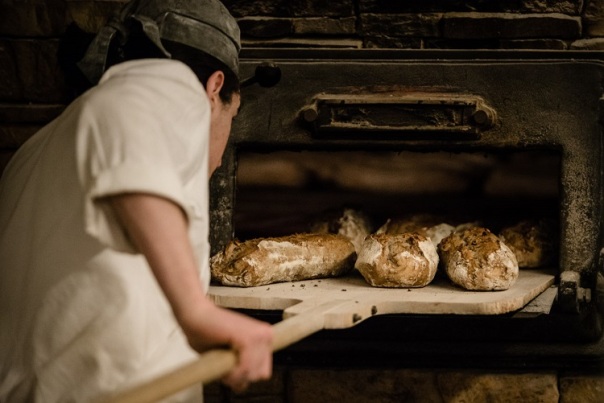 LEVITICUS 7:9- All the meat offering [grian offering niv] that is baken in the oven, and all that is dressed in the fryingpan, and in the pan [griddle, NIV] shall be the priest’s that offereth it.

The “oven” probably refers to a large stone pitcher with space in the bottom for heating small rocks over a fire. These rocks would radiate heat into the upper part of the pitcher, where bread was placed for baking.

The “fryingpan” was a large metal pot placed over an open fire and used mostly for boiling meat. But it could also be used for baking bread.

The “pan” was a flat metal that could be heated quickly to bake bread over an open fire. This is probably the utensil referred to by the prophet Ezekiel (Ezekiel 4:3).