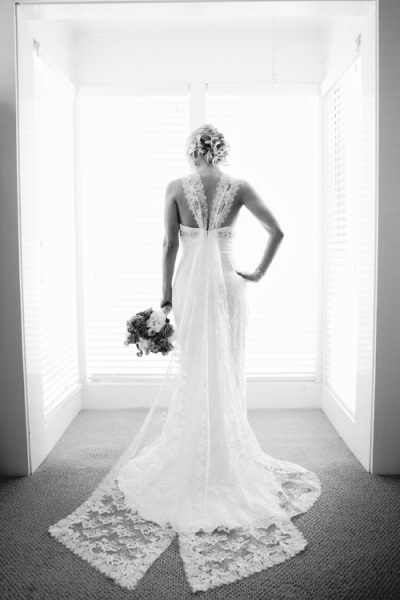 Two brides take up most of the symbolic attention in the Bible. The bride of the Old Testament is Israel; the bride of the New Testament is the church, the bride of Christ. With the possible exception of the bride who takes the spotlight in Song of Solomon 4, the idea of a bride in the Old Testament was a daughter “paid for” by a bride-price and then wooed by her husband. Even in the case of Ruth, a widow, the proposal of marriage involved a cost: in this case, Boaz taking on responsibility not only for Ruth but also for

Elimelech’s widow, Naomi, and a potential child (Obed) who would inherit Chilion’s estate as well as Boaz’s inheritance.

BRIDE AS A SPIRITUAL METAPHOR

The typical actions of a bride anticipating her wedding are understood to be natural parallels to spiritual behavior. Old Testament believers prepared themselves for the coming Messiah through their worship and service. Isaiah wrote on Israel’s behalf, “I will find joy in the LORD. I will delight in my God. He has dressed me in the clothes of salvations. He has wrapped me in the robe of righteousness like a bridegroom with a priest’s turban, like a bride was her jewels” (61:10). The same hope of joyful faithfulness is echoed in Jeremiah: “This is what the LORD says: I remember the unfailing loyalty of your youth, the love you had for me as a bride” (2:2). He returns to this picture later in the same chapter: “A young woman can’t forget her jewelry or a bride her veils” (v 32).

Yet these lovely pictures are colored with disappointment, and the bride becomes a symbol for unfaithfulness. God is the heartbroken bridegroom, for the young woman he paid for and wooed has been repeatedly unfaithful:

When Josiah was king, the LORD asked me, “Did you see what

unfaithful Israel did? She went up every high mountain

and under every large tree, and she acted like a prostitute

there. I thought that after she had done all this that

she would come back to me. But she didn’t come back, and

her treacherous sister Judah saw her. Judah saw that I sent

unfaithful Israel away because of her adultery and that I gave

Israel her divorce papers. But treacherous Judah. her sister wasn’t

afraid. She also acted like a prostitute Because she wasn’t concerned

about acting like a prostitute, she polluted the land and committed

Both Ezekiel 16 and most of Hosea are extended metaphors regarding the wifely unfaithfulness of Israel and Judah, though they don’t use the term bride. But God told Hosea a future relationship between God and his people would mirror the highest hopes for bridal beauty and marriage faithfulness: “Israel, I will make my wife forever. I will be honest and faithful to you. I will show you my love and compassion. I will be true to you, my wife. Then you will know the LORD” (Hosea 2:19-20).

THE CHURCH AS THE BRIDE OF CHRIST

The lovely picture of a faithful bride and wife is picked up by both Paul and John in the New Testament to symbolize the relationship God wants to have through Christ with all those who make up the church. Believers have been bought with the bride-price of Christ’s blood and are now wooed by his love. Paul develops some key insights into a godly marriage, featuring the role of the wife’s relationship to her husband as being parllel to the role of the church in her relationship with Jesus (Eph 5:22-33). He drives home the point: “This is a great mystery. (I’m talking about Christ’s relationship to the church)” (v 32). Paul can even visualize his role as that of a father who is preparing to entrust his daughter (the church) to the only proper suitor. “I’m as protective of you God is. After all, you’re a virgin whom I promised in marriage to one man-Christ” (2 Cor 11:2).

In the closing chapters of Revelation, the symbol of the bride, who ultimately represents all believers, comes into clear focus. First we read the formal announcement of the wedding: “‘Let us rejoice, be happy, and give him glory because it’s time for the marriage of the lamb. His bride has made herself ready. She has been given the privilege of wearing dazzling, pure linen.’ This fine linen represents the things that God’s holy people do that have his approval” (19:7-9). Like the words of Isaiah and Jeremiah, the bride’s meticulous preparations are a symbol and metaphor of the Christians’s preparations for their heavenly home. Then the bride of Christ is fully prepared, with an appearance far beyond anything imaginable when a bride stands at the back of a church waiting to steps down the aisle: “Then I saw the holy city, New Jerusalem, coming down from God out of heaven, dressed like a bride ready for her husband. I heard a loud voice from the throne say, ‘God lives with humans! God will make his home with them, and they will be his people. God himself will be with them and be their God. He will wipe every tear from their eyes. There won’t be any more death. There won’t be any grief, crying, or pain, because the first things have disappeared'” (21:2-4). In the end, the bride is a people-us. All who have been bought with the ultimate bride-price that Jesus paid on the cross with his life will be adorned in his righteousness for all eternity.